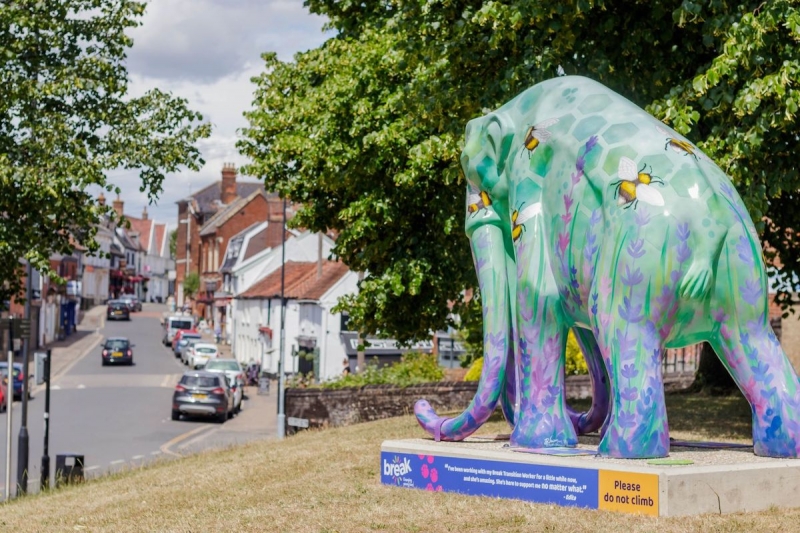 Five-star housing developer, Lovell, has unveiled the Steppe Mammoth it is sponsoring as part of Break’s GoGoDiscover 2022 trail and it can be discovered now until 10th September 2022 at Wymondham on Fairland Green.

Buzz has been designed by artist Donna Newman and is decorated with furry bumble bees, honeycomb and lavender. Symbolising the importance of bees in our ecosystem, Buzz is inspired by the fields of lavender which have long played a part in the landscape of Norfolk. It took Donna four days to decorate Buzz – with 40 different brushes being used!

Donna Newman from Eden Design is a freelance painter based in the Midlands and has family in Norfolk so is familiar with the countryside and also grows lavender in her own garden. Donna comments: “I love Buzz as he is inspired by bees and just looks amazing on Fairland Green outdoors and surrounded by nature. I used five different paints on Buzz and a hair dryer to make the paint dry quicker! I hope Break raises lots of money from the trail and auction, and thanks so much to Lovell for picking my design.”

Jane Yolland, sales director at Lovell, says: “Seeing Buzz transform from a blank 3D sculpture into Buzz the mammoth has been incredible – we picked the design and love how he has turned out. Fairland Green is a great location for Buzz and the perfect spot for a picnic too with him. For anyone who loves Buzz, we also have a children’s colouring competition running on our website with bee hotels and Waterstones vouchers up for grabs. We hope the trail raises lots of money for Break so they continue to support young people in the region.”

Running from Monday 27th June until Saturday 10th September, and delivered by East Anglian charity, Break, in partnership with Wild in Art, the GoGoDiscover sculpture trail has T.rex and Steppe Mammoth sculptures to discover throughout Norwich and Norfolk.

The trail helps to raise valuable funds for Break, which makes life better for children and young people who are on the edge of care, in care and leaving care. All support of GoGoDiscover helps to stamp out the mammoth expectations faced by young adults leaving the care system.

Lovell’s colouring competition can be found at https://www.lovell.co.uk/news/buzz-gogo-discover-competition/

For more information on Lovell visit www.lovell.co.uk or follow Lovell on social media. 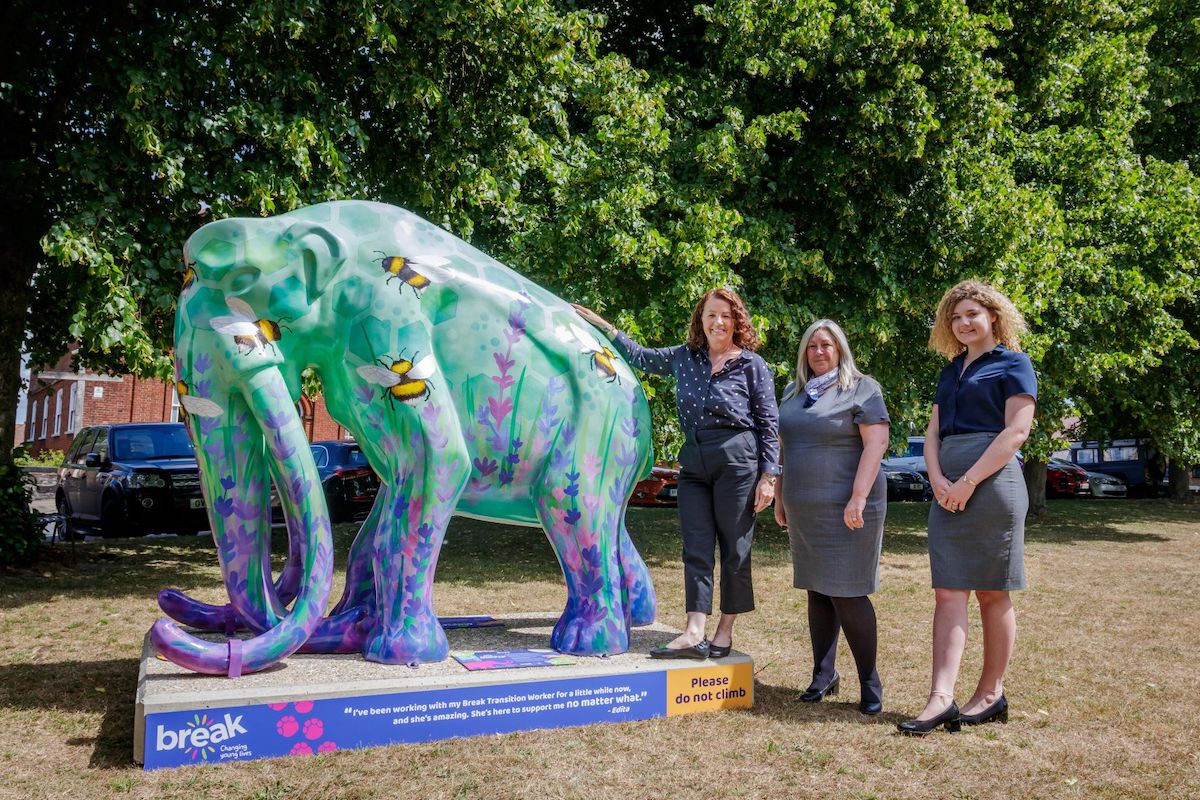 More in this category: « Pips Skips Director running the London Marathon in aid of GOSH First glimpse of T.rex and mammoth sculptures destined for Norfolk streets this summer »
back to top